The State of Event Fundraising: Perspectives on 2012

2013 has been a very interesting year for event fundraising. We’ve seen the rise of a lot of new, innovative events, we’ve seen successful programs stay flat, we’ve seen some long-standing programs experience a decline. What’s happening and what is our crystal ball telling us about the state of event fundraising for the future? What can you and your organization focus on to ensure growth in 2014? Listen as Jeff Shuck, president and CEO of Event 360, shares some tales from the front and some advice for moving forward. 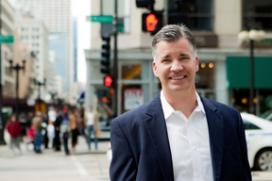 Over the past eight years, Jeff Shuck has led the Event 360 team to produce more than 200 fundraising events involving hundreds of thousands of participants, which have collectively raised more than $600 million for charity. Prior to co-founding Event 360, Jeff was the Vice President of Productions for Pallotta TeamWorks, where he was responsible for all aspects of event production for the firm’s large-scale fundraising events. He has also worked extensively in the higher education arena and served on the staff of an educational association for six years.

Jeff lives outside of Chicago in Michigan City, Indiana with his wife and four children. He enjoys writing, music composition, windsurfing and spending time with his family. Jeff raised over $6,000 and walked 60 miles to raise money for breast cancer research during the 2010 San Francisco 3-Day for the Cure.

Admission to this webinar is FREE. Sponsored by Event 360